Sunshine Week, an annual celebration of access to public information, spotlights the importance of government transparency and press access.

“Getting information from the government, especially when the government doesn’t want you to have it, is the supreme challenge for journalists,” said John M. Donnelly, CQ Roll Call senior writer and program moderator.

Speakers Ron Nixon, global investigations editor at the Associated Press, and Nabiha Syed, president of The Markup, joined Donnelly for the discussion. 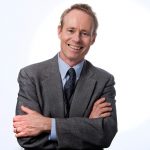 Many of the agencies and the entities responsible for providing transparency are notoriously understaffed and under-resourced.

Nixon: What you see — both at the federal and state level — is that there just isn’t a lot of money put into this, no matter what people are saying about openness or transparency.

The federal and state governments across the country have outsourced core functions to private sector companies, causing legal implications for access.

Syed: That act of saying, “Oh, you know, here’s a private vendor. Here’s a contractor. They’ll do the work for us. They’ll get it done efficiently,” cloaks our access to records in a way that is very serious, that I wish more people were looking at.

Nixon: This whole idea of reinventing government and [that] the private sector can do it better than the public sector has really taken off. Some of it is intentional, just to say that, “Well, it’s not really ours — I mean, it’s the private company’s.” And so there’s that area that you’ve got to negotiate.

And, the pandemic has worsened access as many government employees are not at the office.

Be as specific as possible when filing. Do not ask for a blanket “give me everything.”

Nixon: I tell people all the time that you appeal everything. Every single thing, you appeal. Go through that process and make them tell you why they can’t give you this information or why [a request] is overly broad.

Nixon: We need to be going after stuff all the time to get people used to the idea that we’re going to be asking for this stuff. And you’ve got to respond that this is not a one-off.

Syed: You’re an ambassador of journalism. …  I think a lot of people don’t know how reporters really work. And so, showing up and being firm, fair, dogged, persistent and saying, “I need this. This is why. It’s in the public interest. And, no, I’m not going away until you give it to me,” is helpful. Throwing a public records request into the ether just hoping it’ll come back has limited success.

Approach a FOIA request like an investigative reporter and find a person to talk to.

Syed: Think of them almost like a source, not a faceless bureaucratic system.

Donnelly: One of my best sources ever was a FOIA officer who would tell me about audits while they were still in process and say, “Look out for this, it’s coming in.” And, “Here’s a report you should FOIA,” and that sort of thing.

What are methods for diversifying investigative teams?

Understand why diversifying teams is good for business.

Nixon: If you want to talk about growth, you’ve got these untapped markets that are out there because people don’t see themselves in your reporting. …

Internally, we get to a different viewpoint to work from because when you’ve got people in the newsroom who have the same type of education or come from similar backgrounds, then you know, it’s hard to see anything else.

Syed: I think about diversity as just core to the mission. It’s not a negotiable. It’s not a side thing. It’s not a, “Oh I’ll get to that in Q3 when we have time.” You’re just not doing your work if you’re not speaking to everybody and talking about the issues that affect everybody at the table. I also think it’s really important for building trust in journalism.

Look beyond experience and more at potential.

So if we’re talking about systemic oppression over time, we’re talking about people who have felt like they’re overlooked because hiring’s only happening at a couple of elite schools that have their own racial dynamic problems. You’re not looking broadly. Then, how are you defining experience? How are you measuring talent? Are you really looking at their potential for what they’re doing, or are you just doing what’s easy?

Nixon: How do we call ourselves investigative reporters and we can find secret stuff or we can get these sources who know all it, but we can’t find people who want to be found?

Think of hiring as a network.

Syed: This is a network. It’s not just getting people in the door, it is retention and it is culture. Because you can get people in, but if they cycle out after a couple of years, there may be a downstream reason that you can’t get talent.

How to handle attacks on journalists?

Syed: We need to explain to the public more: This is what reporters do if someone is powerful. They will criticize you. That is in service to the public. That’s what we’re here to do. We’re not here to be PR. …  I think we sort of lost sight of that, and it’s allowed too many to attack reporters in very easy ways using online systems.

We do need to do a better job of explaining and bring people in to understand and show them how we work.

For more, watch our program on creating a safer, equitable future in journalism.

Editor’s note: This story has been updated to reflect that John Donnelly, not Ron Nixon, said the following quote: “One of my best sources ever was a FOIA officer who would tell me about audits while they were still in process and say, ‘Look out for this, it’s coming in.’ And, ‘Here’s a report you should FOIA,’ and that sort of thing.”

The National Press Club Journalism Institute promotes an engaged global citizenry through an independent and free press, and equips journalists with skills and standards to inform the public in ways that inspire civic engagement. The National Press Club Journalism Institute has added online programming, a daily newsletter, a weekly writing group, and other support for journalists since the pandemic started. The Institute has waived fees for all of its services due to the pandemic, saving participants like you tens of thousands of dollars. If you value what you’ve been learning from the Institute during this time, please consider donating whatever you can.

this is wonderful and needed