Video: Police Accountability – How to get hidden records

Since the murder of George Floyd by police, there has been renewed attention to police misconduct and growing momentum for holding law enforcement accountable. But journalists struggle to get  access to public records that could be used to reveal police conduct. The outcome of police discipline proceedings across the country are among our nation’s best kept secrets.

The National Press Club Journalism Institute hosted a program discussing how to break into this hidden system, featuring tips from: 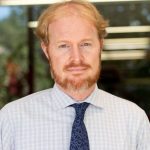 We hope you’ll support this type of skills-based program for journalists with a donation today. Your $20 tax-deductible gift will help us cover the cost of producing the free program you valued and deliver more opportunities like it in 2022.

Martin Austermuhle is a reporter in WAMU’s newsroom. He covers politics, development, education, social issues, and crime, among other things. Austermuhle joined the WAMU staff in April 2013 as a web producer and reporter. Prior to that, he served as editor-in-chief for DCist.com. He has written for the Washington City Paper, Washington Diplomat and other publications.

Deborah Katz Levi began her career as a public defender with the Salt Lake Legal Defenders in 2008.  In 2012, she joined the Maryland Office of the Public Defender, and has been with the Baltimore City Felony Trial division since 2013.  She became the Director of Special Litigation in 2017, where she aggressively litigates access to internal affairs files and specializes her practice in exposing police misconduct and curing discovery abuses.

William C. Smith Jr. was born and raised in Silver Spring, Maryland and became a first-generation college student when he attended and graduated from the College of William and Mary. He earned a master’s degree from Johns Hopkins University and a law degree from William and Mary. In 2014, he was elected to represent District 20 in the Maryland House of Delegates. In 2016, he was appointed to represent District 20 in the Maryland State Senate, making him the first African-American Senator from Montgomery County.

Miranda S. Spivack is a veteran reporter who writes frequently about legal issues and state and local government transparency. Her series, “State Secrets,” for Reveal from the Center for Investigative Reporting, won the 2017 Society for Professional Journalists’ Sunshine Award. She formerly worked for The Washington Post, where she was honored by the Maryland Delaware DC Press Association with a first place award in 2013 for stories on regional government secrecy.  In 2021, she was an Alicia Patterson Foundation Fellow.

The National Press Club Journalism Institute promotes an engaged global citizenry through an independent and free press, and equips journalists with skills and standards to inform the public in ways that inspire a more representative democracy. As the non-profit affiliate of the National Press Club, the Institute powers journalism in the public interest.

The National Press Club Journalism Institute serves thousands of people daily with our newsletter, online programming, writing group, and other support. The Institute depends on grants, foundation funds, and contributions from individuals like you. Your donation today allows the Institute to offer the majority of its programming at no cost. If you value the Institute’s services, please donate today. Any amount helps.