Video & recap: Covering Coronavirus – How to be an antiracist

How to be antiracist in coronavirus coverage

Why has COVID-19 hit communities of color hardest across the U.S.? And how should journalists explain that fact?

The National Press Club Journalism Institute hosted a virtual conversation on Monday with Dr. Ibram X. Kendi, a New York Times-bestselling author and the founding director of The Antiracist Research & Policy Center at American University and Robert Samuels, Washington Post national reporter, moderated by Shannon Young, POLITICO reporter. They discussed key lessons from Dr. Kendi’s book, “How to be an antiracist,” and how to apply them to coverage of the coronavirus pandemic. 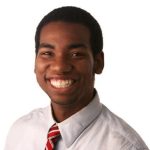 An antiracist journalist looks at racial inequities and understands that those disparities are the result of policies or environment, not biology.

Samuels: We’re sort of still preoccupied with the idea that blacks live fundamentally differently from whites. When we started looking at why black people were dying at disproportionate rates, the first thing people would talk about is comorbidities. Underlying conditions, respiratory infections, things that are true and exist at higher rates, as if those things by themselves could explain gross differences in people dying from a disease that’s foreign to us. And typically, it’s very simple for a reporter to stop there. But I think this calls for a larger challenge.

Kendi: I remember very early on I was a master’s student in African American studies and I had just finished my undergraduate studies in, actually, journalism. And I can never forget, one of my professors, said that there’s no such thing as objectivity. And I was like, What do you mean? I’m a journalist, you know, objectivity is key. And so she argued and went on to demonstrate that objectivity is nothing but a collective subjectivity…

Samuels: Do we have prejudice? Absolutely. Probably everyone does. Is there a bias? Yes, there is. Can you be a journalist, can you do fair reporting, even if you have a bias? Yes, you can. But the way you do it is by doing more reporting.

All reporters and editors must strive to be antiracist.

Samuels: The beauty of journalism is to be able to take ideas that seem far away and bring them close to home. I think sometimes when we report on issues of identity, it can take the forefront. One of the reasons to report the idea of identity is to show that these are living, breathing people with lives, hopes and dreams, who are deserving on the earth as anyone.

Kendi: I think it’s critical for white reporters to even see how they can utilize their whiteness in spaces in which it’s much harder for reporters of color to do so. And to not be fearful in doing so.

Sometimes it’s better to avoid the most provocative example of something you believe to be true.

So the challenge – and it’s a big challenge in a time when we’re very limited in our movement – is to actually do the reporting, and to start asking deep questions, as opposed to looking for convenient ends.

Journalists are the first writers of history, so how they cover this disaster will have political ramifications going forward.

Kendi: This coronavirus pandemic will go down as the worst public health disaster in American history… It’s really on journalists to make sure that America gets it right, meaning that when people are reading and trying to understand what happened during the COVID pandemic in 2050, that they’re reading a truthful story.

Good, honest, fair reporting on minority communities is something that we shouldn’t compromise.

This program is one of an ongoing series of free conversations. Click here to see our upcoming programs, or to watch a recording of a previous event. Please contact Journalism Institute Executive Director Julie Moos with questions.